What is the real definition of ‘toxic masculinity’? 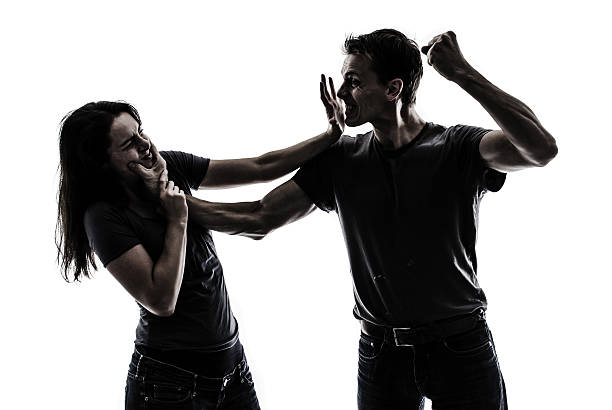 Many people use the term “toxic masculinity” to describe and discourage certain behaviours from men that they don’t like. Unfortunately, most people using the word have no clue about what masculinity truly is. Otherwise, they would never use a word of such a discriminatory nature. But since we are living in times where masculinity and femininity is under attack, it all fits in with the current narrative.

For those that use the term, you would expect that they also use the term toxic femininity where necessary. However, the absence of the term’s use implies that females can do no wrong, despite the fact that this is obviously not true. To assume that only one gender can do wrong is discriminatory in itself.

The term toxic masculinity is born from a discriminatory attack on men, which is why the term is never used on women. It’s a term that has an agenda behind it and to use the term toxic femininity would be to give women accountability for their actions (which is something females tend to dislike).

However, we won’t discredit the state of behaviours which these people have labelled toxic masculinity, as they still have a point when they use the term.In this article, we will uncover the true meaning of what people THINK is toxic masculinity. 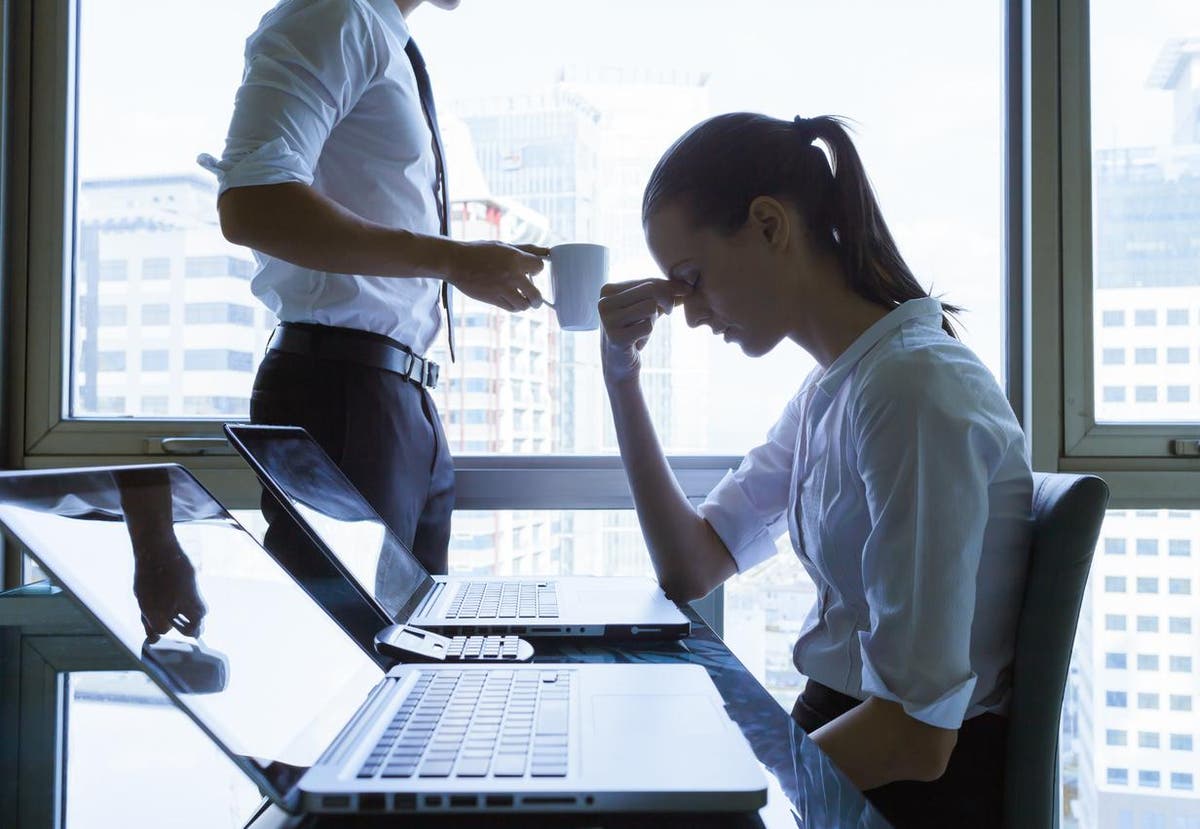 What feminists call toxic masculinity is either one of two things:

We will break down the first point. We’re going to take a situation that a femininst has used to give a display of toxic masculinity in action:

She gave an example of a work boardroom meeting. There are three men and there are two women. One man out of the three is leading the meeting as he is the boss.

Let’s say that the boss is discussing the team’s goals, but whenever he gives a pause to allow the employees to share their thoughts, one of the men keeps interrupting one of the women whenever she attempts to speak. The man takes over the discussion, not allowing her to get a word in. Perhaps he does this by speaking at the same time as her or simply cutting her off so that he can discuss his own points. Then the team seems to ignore her contributions, focusing on the man’s input. 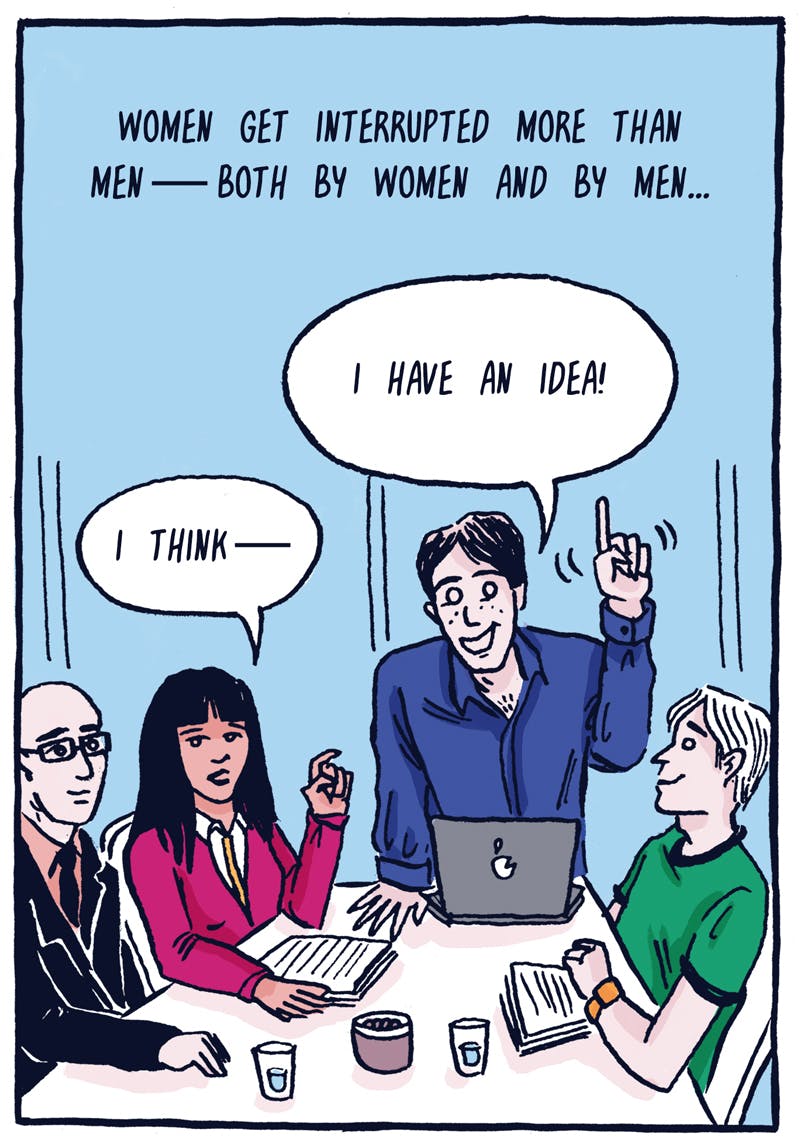 This is an example which feminists would argue as a display of toxic masculinity. However, there are a number of issues here. You could definitely say that the man is rude by cutting her off. But that doesn’t make masculinity toxic. It simply is a result of his biological body having qualities which make him able to dominate the environment.

For example, due to his commanding presence a man has from having a bigger body and his voice being deeper than a woman’s, it’s easier for him to command attention. This is not toxic. It’s just a natural consequence that comes with the differences between a man and a woman.

Women resent the fact that they are biologically lacking the qualities that men’s bodies have. This difference makes men able to dominate women, which causes further resentment, especially in environments where women are trying to compete with men for equality. So they label those traits as toxic because they act as obstacles to their fight for equality. From an empathetic perspective, it’s somewhat understandable.

But to attack his nature because of it is to discriminate against him simply because it doesn’t benefit women. This is especially the case since the reason he was given those qualities was because it allows him to better protect and provide for his child, woman and tribe.

A man’s ability to dominate is only due to the traits he has. It’s not the gender specifically that allows him to dominate; it’s the specific traits (such as having the deeper, more powerful voicebox) which allow him to dominate.

When you think about that example we used, the man is also likely to dominate the other men in the room if he has a louder voice than the other men. Even other men could be victim to that dominating manner. Although it’s not a gender thing, it’s just that gender heavily influences it.

If women had those same traits (and when they do) they’d use them too. For example, if a woman has a more commanding presence and voice than the men in the meeting, she’d do the same thing. It’s just nature. 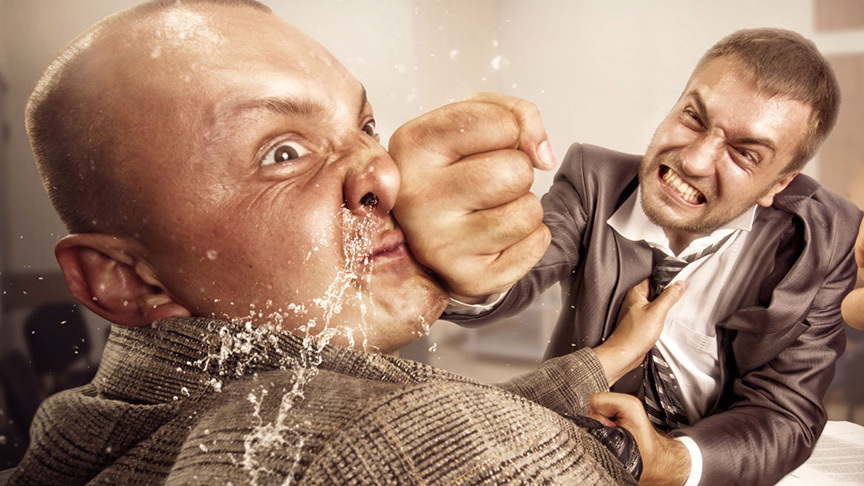 The second point though is perhaps the more important one to our current society. Most of the time that men are labelled as someone with ‘toxic masculinity’, it falls under this point here: toxic masculinity is the absence of masculinity.

Masculinity stems from an energy born of nature. There is no such thing as the masculine energy being toxic. Rather, it’s the existence of feminine energy in the man that is truly toxic.

The body of a man is designed to be dangerous. This makes him a better protector, which is one of the roles of a man. However, when he allows feminine energy to dictate his actions, it expresses itself as behaviours which feminists label as examples of toxic masculinity.

For example, one of the properties of feminine energy is volatility. When a woman is volatile, the damage she is able to immediately do is generally smaller than the damage a man can do. This is one of the reasons that people don’t mind as much when women act crazy or even violent in relationships. A woman’s body isn’t designed with danger in mind.

However, one of the properties of masculine energy is stability. And as long as the masculine energy keeps a man stable, he is not going to be a danger to those who do not deserve it. But a male who operates with emotional volatility is more likely to unnecessarily, and even accidentally, hurt those around him.

A male who has a masculine, tough, strong body will always be stronger than his female counterpart, and is a danger to us all if it is run by feminine energy. So you see, it wouldn’t be masculinity which is a problem. It’s femininity flowing through the male body that is not designed to harness that particular energy.

One of the mistakes that people make is they assume that a man who is masculine in his physique or his look is a man that expresses masculine energy. This is not true. A man could have a super fit body with huge muscles that make him the strongest man in the world. He could be tall and everything about him could appear to represent a masculine man. Perhaps physically yes, but not mentally.

A good example of a man whose physical masculinity is a danger to everyone, including men and women, are men who are violent criminals. You may see many gang-members who appear to be very manly and are physically strong, but lack emotional control or rational logic. A man cannot be considered a real man if he doesn’t operate on logic.

So when a gang-member goes out and fights someone over a traffic dispute, it may seem to be an expression of masculine energy. But really, it was his emotional volatility which caused him to lash out. One of the behavioural pillars of manhood is discipline, so to act without it shows a lack of manhood.

Much of this is created by the cycle of fatherless homes. Fathers being absent from the home robs a young boy of the training teaching him how to be a man. So that young boy grows up emotionally volatile and is more likely to abuse his woman, engage in criminal activities or make short-term decisions stemming from a lack of emotional control.

So although all of these examples appear to be toxic masculinity, the state they are talking about is actually the lack of masculinity. And on the other hand, toxic femininity is also the lack of feminine energy flowing through the female body. When the body is aligned with the incorrect energy, toxic behaviours will manifest.