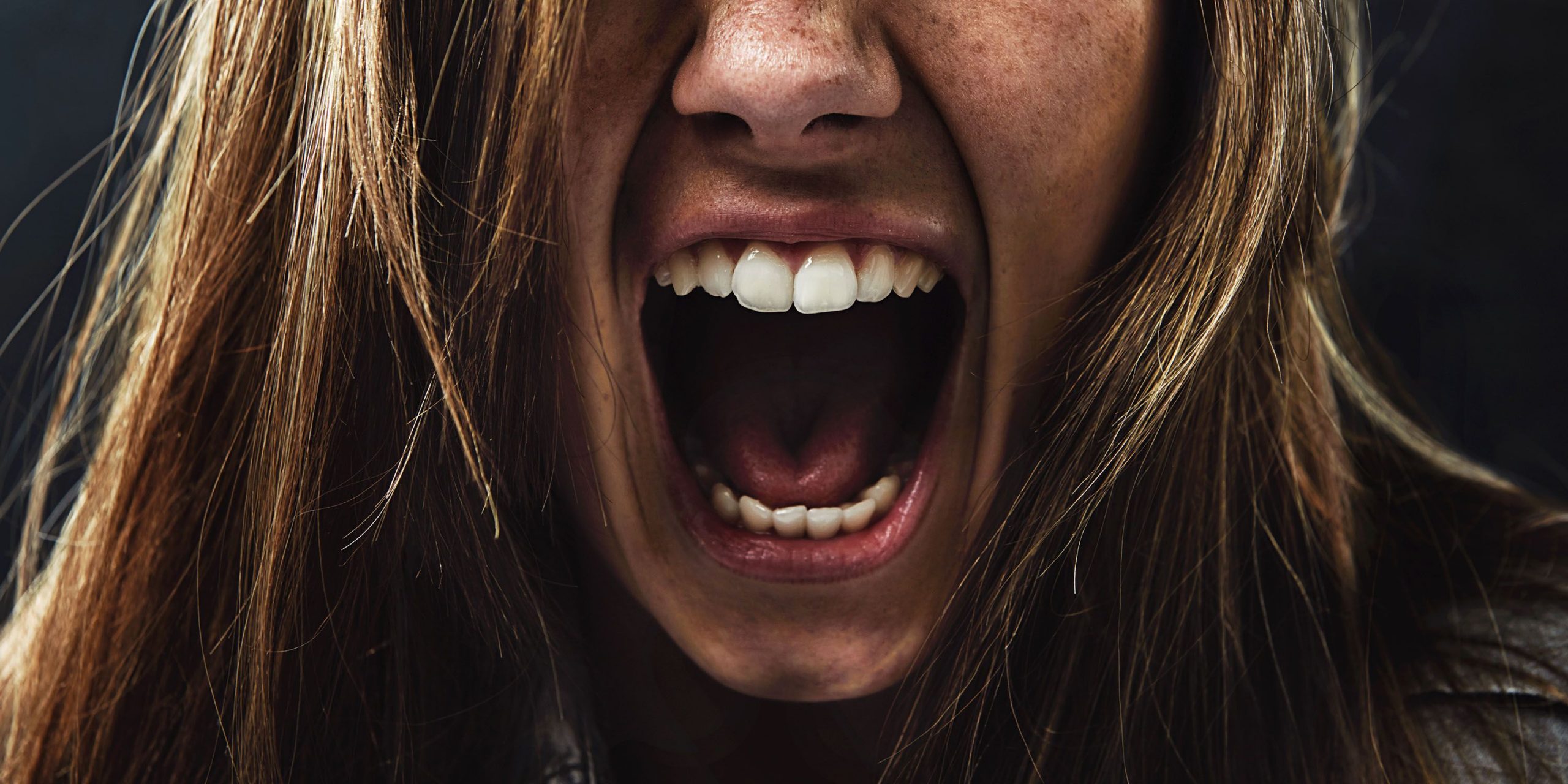 Girls often brag about being ‘crazy’ and some guys are even vocal about being attracted to girls who are crazy. But craziness is nothing to brag about. The state of being crazy in a relationship is a signal that there is a lack of harmony. And to think it is healthy is a sign of an unhealthy mindset, even though people might try to make it seem cool.

When a girl is being crazy, it’s a symptom of an imbalance between the two energies which make up the relationship. If the male and female energy was in sync, there would be peace and fulfillment, as opposed to negative emotions that come with being crazy.

Usually, you can sum up the source of the ‘crazy’ symptoms from one of the two: 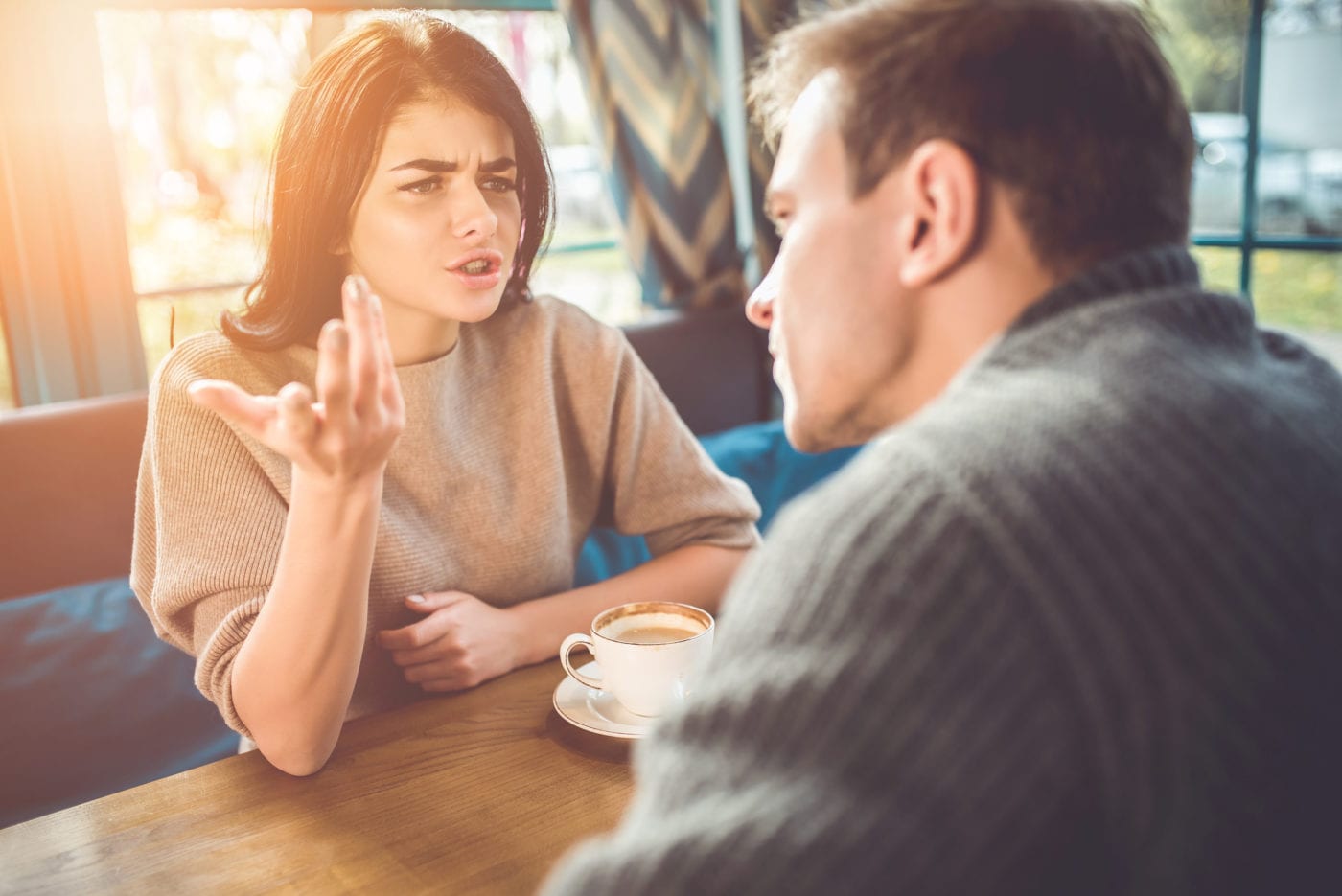 1. The man didn’t have the capability to handle her

The energy of a woman is volatile. This is a component of feminine energy (read about the properties of the male and female energy here). Feminine energy is sensitive, vulnerable and chaotic.

Women seem to know this themselves. They often want men who are able to ‘handle them’ or simply, keep them grounded. Even though they do not always overtly say it, their actions do. They prefer a dominant man who is able to ‘put her in her place’ when need be.

Part of the reason some women are hesitant to vocalise this is because some men may take dominance to the point of excess. But the feminine energy is volatile and it is always pushing boundaries, while the man is supposed to keep it in check. This is the expression of the masculine energy being stable and strict with its boundaries.

Women are designed to try and cross those boundaries. A man could say what the boundaries are, but by testing them out with her actions she gets to find out if he truly means what he says.

As masculine energy represents boundaries, then one of the added benefits that come with this is the guarantee of safety within those boundaries created. So on a deeper psychological level, when a woman acts ‘crazy’, it results in or manifests from a feeling unsafe within the boundaries she is in, I.E she feels unsafe or insecure with the man she is with.

If a woman is inside the boundaries of a man yet feels it’s borders aren’t strong (because the man isn’t putting her in her place or being a dominant man), then she is under the ‘protection’ of a man who is not even capable of protecting himself from her. And if he isn’t safe from her, how capable is he to protect her from the world’s dangers?

The idea of being unsafe could also apply to other situations such as when a woman acts crazy when she is jealous. Many times, when men lie about their interactions with other women, this makes a woman lash out in a crazy manner. But we can again track it back to lack of male leadership, as a capable leader is honest to those who follow him.

This is why where men do not lead, chaos and craziness will breed. When a man has no idea how to lead that particular girl’s energy properly, it results in his own frustration, lack of peace, or even worse, mental abuse.

Furthermore, women will usually not give the highest level of commitment to men who aren’t dominant leaders. She cannot submit to a man who is not worth the leadership he is requesting.

The second option is that it isn’t the fault of a lack of capable male leadership being offered, but resistance to that leadership from the woman in question. It may be because the woman herself has internal issues that cause her to be easily triggered. And once triggered, her go-to behaviour is to act crazy, combative and volatile, rather than stable.

Think about this example: let’s say a woman acts crazy by being dramatic because her boyfriend did something she didn’t like. She starts an argument with him over it as the emotions of rage and anger take over. Even though he tries to calm her down or even ‘put her in her place’, she resists. She continues arguing until they both storm off out of the situation.

But then, the next day she realises that she was in the wrong. She realises that she overreacted and it wasn’t as bad as she initially thought, once her emotions leave and she gains a sense of logic. The crazy expression was not truly her. It was the mental programming in her that caused the reaction in her to do that.

And this is becoming more and more prevalent as women are being encouraged to be rebellious. In relationships that follow the natural order, a woman is naturally submissive to her man. However, due to modern indoctrination and societal tampering, some women may have a negative reaction to hearing the phrase ‘be submissive.’

Much of this comes from different factors. But for the most part, it is a collection of many of them together. Women feel as though they are equal to their man, even though it was his superior qualities that attracted her in the first place (such as being taller, stronger, intelligent and so on). It could also be from the lack of stability she saw growing up, that makes her feel that being crazy is okay.

Whatever the situation, a woman who acts crazy from her own doing has the mental programming that makes being crazy a default response. This programming could come from society or from her own psychology (childhood environment). And this type of woman is difficult for the average man to be with it, as she is certain to be chaotic.

← The Spirit of Prostitution, Tricking & Pimps What Is A Simp? Part 2 - Men With Feminine Energy →